Skip Navigation Website Accessibility
info@historicwebsterhouse.com How to find us: 989 316 2552

A Rich History: The Historic Webster House Bed and Breakfast has many tales to tell

Judge Thomas Webster Made His Mark on the Bay City Area

It didn't take long for Thomas E. Webster to enter a life of service to others. Born in 1848 to Ebon and Margaret Webster in New York, he ran away from home to join the Union Army in 1864, at age 16. After an honorable discharge from the military, he entered an educational pursuit that would take him from the Delaware Literary Institute to Cornell University to the University of Michigan.

In 1874, he moved to Bay City, Michigan, where he would live out his years. He would immediately make his mark on the city, practicing law and winning election as a Bay County probate judge in 1880. In 1886, he commissioned the construction of his majestic Fifth Street manor, where he would start his family with wife Ella Howell of Bay City, who died shortly after the birth of sons Charles and Warren. He later married Isabel Ingraham, with whom he had daughter Amelia. A house that Webster had built for Amelia is next door. It shares the driveway with the Webster House.

Webster's service as a teen in the military instilled in him a compassion for others who served. He organized the Peninsula Military Company of Bay City, the city's first organization for war veterans. Until he died in 1940 at age 92, he was the last living Civil War veteran in Bay City, as well as the last member of the Grand Army of the Republic, also a veterans organization. He lived in his Bay City home - now the Webster House bed and breakfast - until his death. He is buried in Elm Lawn Cemetery.

Webster was also an amateur photographer and produced the images below. 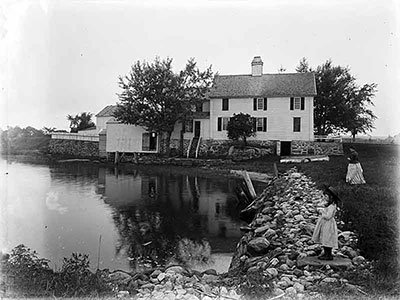